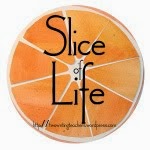 This morning, after I woke up, I discovered a wonderful gift! When I looked out of the kitchen window, I noticed that the snow on my driveway had disappeared! I blinked a couple of times, wondering if I really was awake, or if I was dreaming.  Nope.  Not dreaming.  The snow was gone and the driveway was clear.  My snow angels had visited me again!

During one of our recent snows, I went out to clean off my car and to shovel the snow in the driveway.  I huffed and puffed worse than the Big, Bad Wolf as I tried to find a place to put the snow.  Every few minutes, I had to stop, catch my breath, and rest.   Then, I heard the noise of an engine.  Next door, my neighbor’s son was pushing the snow in their driveway with a blade that he’d attached to his four-wheeler.  While I’ve never wanted a four-wheeler before, suddenly I thought that a four-wheeler might be something nice to have in times like this.  I returned to shoveling and had cleared a small section behind my car when I heard a truck.  I looked up to see my neighbor getting out of his work truck at the end of my driveway.

“S is coming over with his four-wheeler.”  These were magical words to someone pushing a lot of snow!  My neighbor, E, told me that his son had just gotten the blade for his four-wheeler and would push the snow from my driveway.  Soon, the snow was gone from the driveway and I thanked my neighbors profusely for helping me.  E told me that S loves the opportunity to get out on the four-wheeler and that this was fun for him.  I hope they know how much I appreciated their kind gesture.

Soon, more snow fell, and this time, it was even higher than before.  I cleared off my car and a path from the car to the house, but once again, my snow angels rescued me from the taxing job of shoveling out the driveway.  Then, yesterday, more snow fell and as I watched the snow pile up, I dreaded the task that would face me today.  However, my snow angels jumped on the job and saved me again! These are folks who think nothing of helping a neighbor in need and for that I’m truly grateful.  I look forward to returning the favors!